Spain’s fiscal and economic development over the period from 2007 to 2017 reflects two different and politically opposed governments: that of socialist Jose Luis Zapatero, whose term in office faced the adverse effects of the global financial crisis from 2007 to 2011, and conservative Mariano Rajoy’s administration from 2012 until June 1, 2018.

Rajoy’s government, to its credit, made significant efforts in turning the inherited declining economy into a steadily growing one. Still, Spain needed six years to shift from negative to positive GDP growth, compared with an average of three years spent by the U.S., U.K. and the euro area.

Spain, the fifth-largest economy in Europe and a highly decentralized state, is not formally federalist. But with significant budgetary powers bestowed to the governments of its 17 autonomous communities, it can be considered de facto federalist.

The nation has paid a big toll since the financial crisis of 2008.

The distinctive factors that shaped the Spanish economic crisis included declining GDP, rising unemployment (peaking at 25.8 percent in year 2012, which subsequently declined to 16.7 percent at the end of 1Q 2018), as well as the collapse of fiscal revenues and skyrocketing indebtedness (114.9 percent of 2017 GDP).

In addition, the financial sector was bailed out to the tune of US$400 billion, which required a taxpayer capital injection of US$66 billion that still has to be recovered in full.

And rating agency Moody’s steeply downgraded Spain’s sovereign rating from AAA to Baa3.
However, there is some good news. It is widely recognized that despite remaining structural economic and fiscal imbalances, the Spanish economy performed well above that of its European partners and the average of OECD countries during the past four years.

At the same time, from 2012 to 2014, the Spanish government applied shock therapy by raising the rates of value added tax, personal income tax and, to a lesser extent, corporate income taxes.

In 2014, six years after the crisis and after four years of drastic fiscal policies largely aimed at curbing the mounting budget deficits, both public accounts and the overall economy started to show tangible signs of recovery. GDP grew at an average of 3.3 percent and public deficits dropped from a peak of $164 billion in 2009 (10.9 percent of GDP) to $41 billion in 2017 (3.1 percent of GDP).

In 2015, after profiting from the upswing of the economy, the government decided to significantly cut personal and corporate income tax rates.

Personal income tax is the primary contributor to the budget, representing on average 38.7 percent of total tax revenues or 7.1 percent of GDP. The main components of the taxable base include salaries, savings and capital earnings, income from professional activities, pensions and unemployment cash subsidies.

Following the general elections in March 2008, the new government gifted personal income taxpayers almost $17 billion in tax breaks. These were allocated to the years 2008 and 2009 to fulfill an electoral promise made in 2007, when the Spanish economy was growing at 3.8 percent, and early warning signs of a forthcoming economic crisis were ignored.

But this generous tax allowance was short-lived as the crisis proved to be more persistent than expected and a $7 billion package was passed to further squeeze households’ pockets in 2009 and 2010.

Still, the fiscal policy focus of offsetting rising deficits by targeting personal income and VAT, the main consumption-based tax source, was actioned by the Conservative government that took office at the end of 2011.

Once the economy started to grow from 2014 onwards, personal and corporate income tax were reduced, while leaving VAT tax rates untouched, confirming that, like in other jurisdictions, VAT rates remain high once they are increased.

Ultimately, the government managed to reduce the households’ financial burden in 2015 and 2016 by providing tax breaks worth $9 billion thanks to the tail winds benefiting the economic recovery.

The corporate income tax reflects the devastating effects of the financial crisis. Despite lowering tax rates, and thus boosting tax collection, this has not translated into tax higher receipts.

Current annual corporate tax revenues are only half of the US$47 billion peak in 2007 as companies accumulated crisis-driven operational losses of about US$1.6 trillion. These losses generate an estimated deferred tax claim of $300 billion that can be deducted from future profits.

On the positive side, the corporate income tax incentives introduced from 2013 to 2015 had a positive effect on employment.

In 2012, the VAT general and reduced rates increased by 3 and 2 percentage points to 21 percent and 10 percent, respectively. This contributed an estimated $13.5 billion in tax revenue to the Treasury from 2012 to 2016, whereas the tax changes enforced by the government during the two crisis years (2008-2009), drained $11.9 billion.

This tax hike in conjunction with a 3.7 percent annual growth in household consumption over the last six years up to 2017, pushed up VAT collection to its highest level over the last 10 years, despite weak demand in the real estate market (housing purchases at 0.4 times the volume invested from 2007 to 2011) and a 2.5 percent decrease in public expenditures.
Spending changes, 2007 to 2018

Three key drivers govern Spain’s public expenditures policies. Firstly, Spain is a welfare state whose social policies are enshrined in the Constitution. Secondly, the highly decentralized governmental structure, and, thirdly, the high degree of autonomy granted to the regional governments in deciding their own policy choices in allocating resources to meet the people’s needs for public services.

To meet the expenditure bill, the regional administration is funded through a complex distributive scheme of taxes collected by the central government, namely personal income, VAT and other taxes associated with consumption.

As for welfare state-related social expenditures, pensions, healthcare and education made up 68.2 percent ($418 billion) of total public expenses for the year 2017.

During the financial crisis, public finances suffered from dramatic fiscal deficits that had not been seen in the past 40 years.

The most acute deficit was in 2009, when borrowing jumped to 11 percent of GDP and, with three successive years of fluctuating from 9.4 percent to 10.5 percent of GDP, Spain was pushed to the brink of intervention. The country finally took a milder-than-expected solution by undertaking the restructuring of an ailing financial sector and significant tax increases.

Finally, the trend of declining fiscal deficits since 2013 to date appears to consolidate its downward path to restore the equilibriums after a long period of adverse economic cycle.
The way forward The costly and often redundant bureaucracy of the Spanish administration is becoming a growing concern among the citizenship. It causes the inadequate management of public funds at the cost of rising taxes, unserved public services, and growing indebtedness that will be paid by the current and future generations of taxpayers.

The quasi-federal regime has proven highly expensive and inefficient, particularly during troubled economic cycles that leave the central government largely without any capacity to influence expenditure and rebalance regional finances.

In the years to come, the government should further strive to achieve aggressive fiscal consolidation efforts to keep the public accounts aligned with the EU’s Maastricht convergence criteria thresholds, of sound finances with government deficits not exceeding 3 percent (3.1 percent, 2017), and the sustainability of the public debt within the limit of 60 percent (103.4 percent, 2017), both ceilings as percentages of GDP.

To meet this purpose, and against the traditional appetite of left parties for raising taxes, decisive actions need to be taken to reduce the size of the general government, by fighting expense redundancies, eliminating subsidies to recurrent losses of government organizations, and privatizing entities whose purpose the private sector might serve more efficiently. This would ease the tax burden actually borne by the citizenship and open new spaces for wealth and employment creation.

The untenable compulsory public pension system is threatened under current and foreseeable scenarios of an aging population and the dawn of the technological progress that entails the fourth industrial revolution and its related companions in the fields of robotics and technologies.

The expected reduction in the number of future paid jobs contributing to the social security system, prompts for a thorough reform of the current worker-based financial contributory regime that over the last five years has become gradually insolvent – the social security accounts show a technical bankrupt institution with a negative financial net worth of $10.3 billion (8.6 billion euro) at the end of 201. This is due to the growing mismatch between the number of contributing workers needed to pay per pensioner – actually 1.9 workers per pensioner – and the inadequacy of the current contributory scheme to fulfill its financial obligations.

The underlying threats of interest rates, oil and commodities prices hikes together with the stability of the euro and an emerging trade-tariffs war, as well as the raising complex problems of migration flows, should also be present on the agenda of any government, whatever its political ideology.

And nowadays, the foreseeable political instability fueled by a weak parliament and the emergence of an opportunistic new government that owes its support to the convergence of socialist and communist-oriented populists, patronized by regional nationalist political parties whose outspoken intentions, from secession tentatives to vaguely formulated regime-changing proposals, are some of the key threats that Spain is going to face short-term.

The above challenges deserve robust, long-term thinking and resolute leaderships with shared visions aimed to protecting the social and economic fundamental rights of the Spanish people that are strongly rooted in their individual liberties and democratic values represented today by Spain’s vibrant, earnest and committed society. 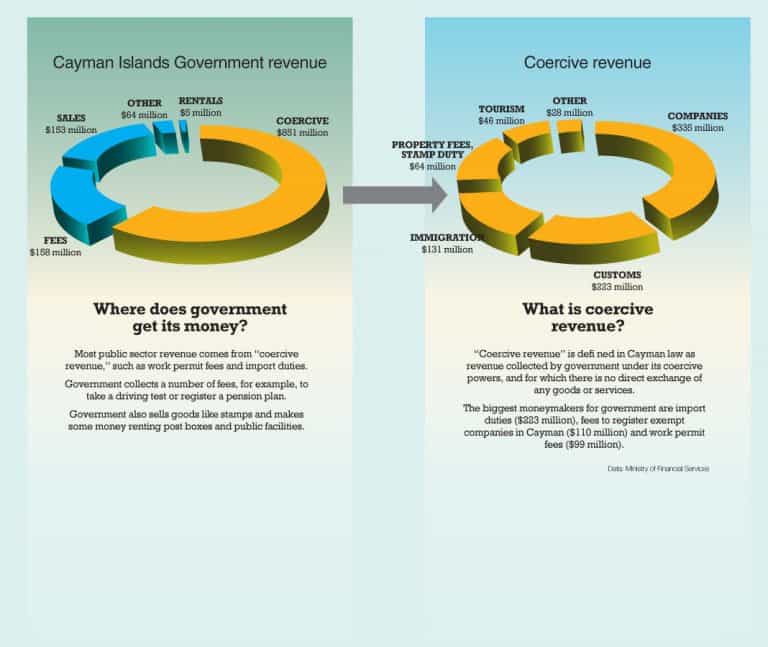 The Cayman Islands is often portrayed as a tax haven. And indeed Cayman does not have any corporation tax, income tax, inheritance tax and similar kinds of revenue. Yet, residents are acutely aware that they are subjected to taxes as government needs to raise revenue to pay for infrastructure, health, education and the day-to-day operations… 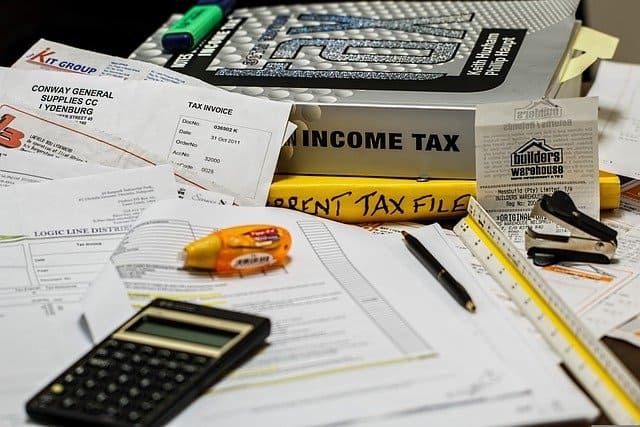 It’s never too early to start planning ahead!  As we enter the fourth quarter, it’s time to think about the bottom line for 2022, but also it’s good to know about what will the tax brackets be in 2023.  Today we’ll break down the tax brackets for 2023 for those curious financial planners out there!… 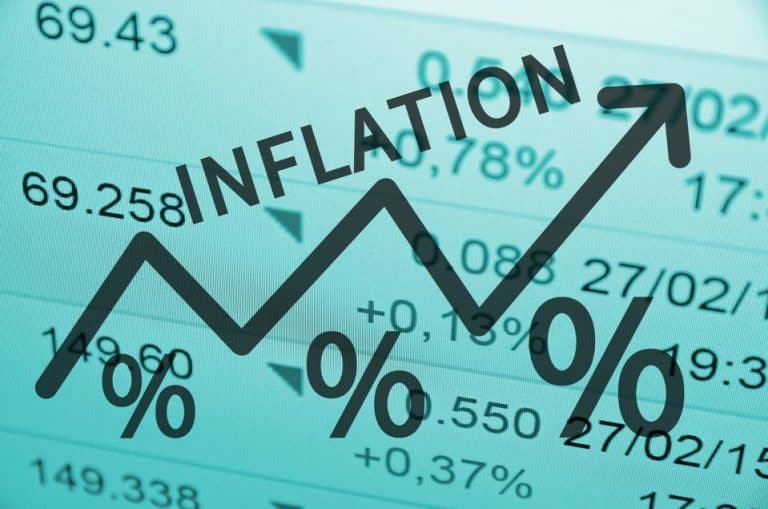 Depending on which news channels you watch, you’ll  hear stories about how the Democrats have attempted to toss aside the massive inflation numbers by stating that it’s “transitory,” but the fact is, many American’s aren’ buying into that narrative.  Prices in every industry are skyrocketing, and nearly three years of wage gains have recently been… 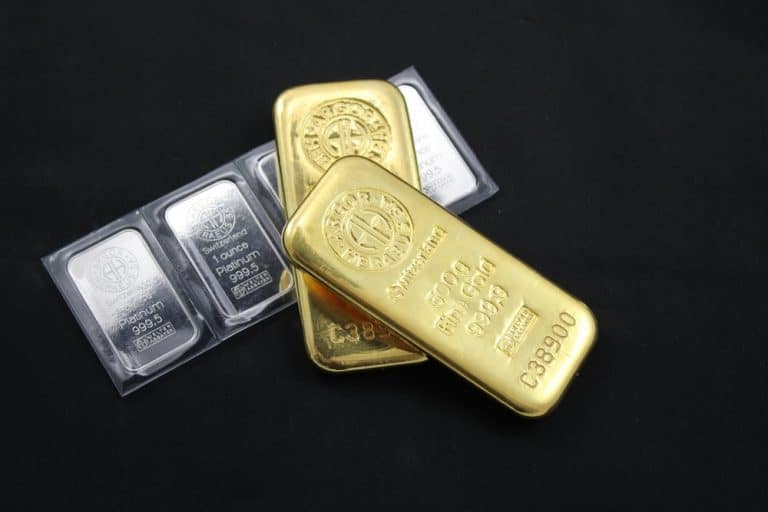 Last week we saw the Fed once again raise rates by .75 basis points.  Today, we look back almost one week later to see how precious metals reacted to the rate hike. Precious Metals Prices Post September Fed Rate Hike With the rates being raised higher to stop inflationary trends, the precious metals sector (both…