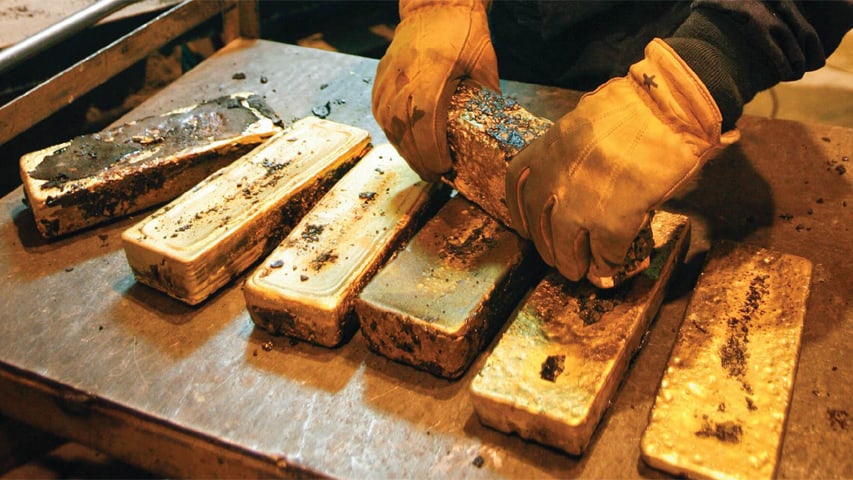 Kinross Gold Corporation is a Canadian gold and silver mining corporation headquartered in Toronto. Kinross is placed fifth on the list of the top ten mining firms globally. Kinross Gold has mines in Brazil, Ghana, Mauritania, and the United States. The corporation employs over 9,000 people globally and has activities in Russia, West Africa, and Russia.

Looking at Kinross Corporation’s operational performance between now and 2022, the business now has an attributable output of 2.15 million. The predicted growth rate in 2023 is roughly 2.15 %, and the expected growth rate in 2023 is approximately 2.3 %, which is higher than in 2021 and 2022. The company is driven by solid and consistent performance, thus involving several precious metal mines to diversify investors’ portfolios.

Kinross added 2.7 million ounces of gold by the end of 2021, and the company’s probable reserve is about 32.6 million dollars. Kinross Gold is the greatest mining corporation in the world to manage a vast company. All of the company’s exploration processes are based on:

Kinross Corporation was established in 1993 and is widely regarded as a senior gold mining business that manages multiple junior firms in several nations. The majority of Kinross’ output comes from the United States and Brazil, accounting for over 60% of the total. Russia (Mauritania) and West Africa (Ghana) account for 20% of global gold output.

Currently, the market capitalization of Kinross Gold is around 9.6 billion dollars. Kinross’ headquarters are in Toronto, Canada. Kinross is a mining and metal company founded by Robert Buchan in May 1993 for corporate development, with sales of around 4.2 billion dollars. Currently as, Jonathan Paul Rollinson president of the company. Again, Kinross Gold Corp. is an exploration company and mostly features countries like:

Here we include all the board of directors and executive officers of Kinross Gold Corp.

Kinross has been involved with various mines and has dealt with a number of other countries. Kinross bought La Coipa Gold Mine in 2007 after trading assets with Goldcorp. Kinross paid 7.1 billion dollars for Red Back Mining. Kinross sold its stake in the Crixas mine to AngloGold Ashanti in 2011. Kinross purchased mining rights in Gilmore, Alaska, in 2017 in data. Kinross purchased Great Bear Resources in Ontario, Canada, for 1.8 billion dollars in 2021 for corporate development. Kinross also sold all of its Russian operations to Highland Mining Group for $680 million in cash in April 2022.

Kinross Gold holds mines and assets in different countries, though the corporation is based in Toronto. We include some of the gold mining properties owned by Kinross Gold Corp.

Fort Knox is located near the city of Fairbanks, Alaska. This is an open-pit gold mine, and processing includes gravity, milling, and heap leaching compliance. So, the mine is operated with an open pit process, and the mill and hip leach facility are termed here. By 2021, Fort Knox Gold Mine had a gold production rate of 264,283 ounces and reserves of around 2,476-kilo ounces in exploration activities data. Kinross owns 100% of the mines’ shares, and the expected life of the mine is considered till 2030. The mine received the prestigious Sentinels of Safety Award in 2019.

The Manh Choh Project, or Peak Project, was acquired by Kinross in 2020, where the company holds 70% of its stakes. It is also located near Alaska. Kinross plans to utilize Manh Choh Projects’ current mills and infrastructure for mining the metals.

Round Mountain Gold Mine, Nevada

This is an open-pit mine, and Kinross holds 100% of its shares stated in NYE County, Nevada, which has been in operation since 2003 in data. Barrick Gold sold the shares to Kinross in 2016. Heap leaching, milling, and gravity methods are primarily utilized for processing metals as gold mining properties. The reserves of this mine are around 3,037-kilo ounces, with a gold equivalent exhibition of 257,005 ounces in gold-containing ore. My expected life of mine is 2027. Round Mountain mine is considered one of the best mining jurisdictions in the world and was first acquired by Kinross in 2016 when they bought 50% of the mine’s shares. Round Mountain has poured around one fifteen millionth ounce of metal into the Kinross Portfolio.

This is also an open-pit mine with heap leaching as the main processing operation for its gold-bearing properties. Bald Mountain and the southern Carlin Trend were acquired by Kinross in 2016 and were purchased from Barrick Gold directly. Bald Mountain’s probable reserves are 798-kilo ounces, with metal production of 204,890 ounces.

Kinross holds 100% of the ownership of this mine, which is also an open-pit mine, as stated in Brazil’s Minas Gerais. The processing of mines includes milling and gravity. The life expectancy of the mine is till 2032. Probable reserves of the Paracatu mine are around 7,237 kilos of metal equivalent in a gold-containing ore, with a gold exhibition of 550,560 ounces. The ore is processed with a ball and SAG mill. The company is working towards renewable power with Peracatu to reduce greenhouse gas emissions. The mining process is based on tailing facilities, including a continuous design.

This open-pit mine is also 100% owned by Kinross and is located in Atacama, Chile. In 2017, the mine produced its first gold, and it is expected to reach its full capacity by the middle of 2022. Probable reserves are 898-kilo ounces of gold and 41,728-kilo ounces of silver. Resources for 2021 are 1,412 kilos of gold and 35,291 kilos of silver 2021. The extended life of the mine is yet to be discovered, but estimation leads to 2024. La Coipa and other extended mines like Puren will act as pushback for Kinross.

Tasiast was acquired by Kinross in 2010 and has been in operation twice since 2017. Tasiast for 2015 is expected to be around 0.259 billion dollars. In 2012, a lawsuit against the company alleged that Kinross overstated the value of Tasiast Mine. In 2015, the parties settled, costing Kinross Gold Corp forty million dollars.

Kinross owns 90% of the mine, and the expected life of the mine is 2026. Chirano’s gold equivalent production is 154,668 ounces, and its probable reserves are appropriately 890 kilos of gold. Chirano is located near Kumasi, and its annual capacity is around 3.5 million tonnes per annum. In 2020, Chirano received the Sustainability and Social Investment SDG leadership award for the mine’s commitment to sustainability.

This is an underground mine and is 100% owned by Kinross Gold. The process for Kupol is milling, and the expected life of the mine is 2025. Kupol’s equivalent exhibition is 481,108 ounces of gold for 2021, and its probable reserves are 1,185-kilo ounces of gold. Kupol is located near Chukotka, in the far eastern region of Russia.

Dvoinoye is located a hundred kilometers from Kupol, and its life expectancy is 2020-2024. As a part of its reduction strategy, Kinross is currently operating on self-generating electricity in the plants to reduce gas emissions.

Here are the mines that are currently non-operative or unexplored by Kinross. 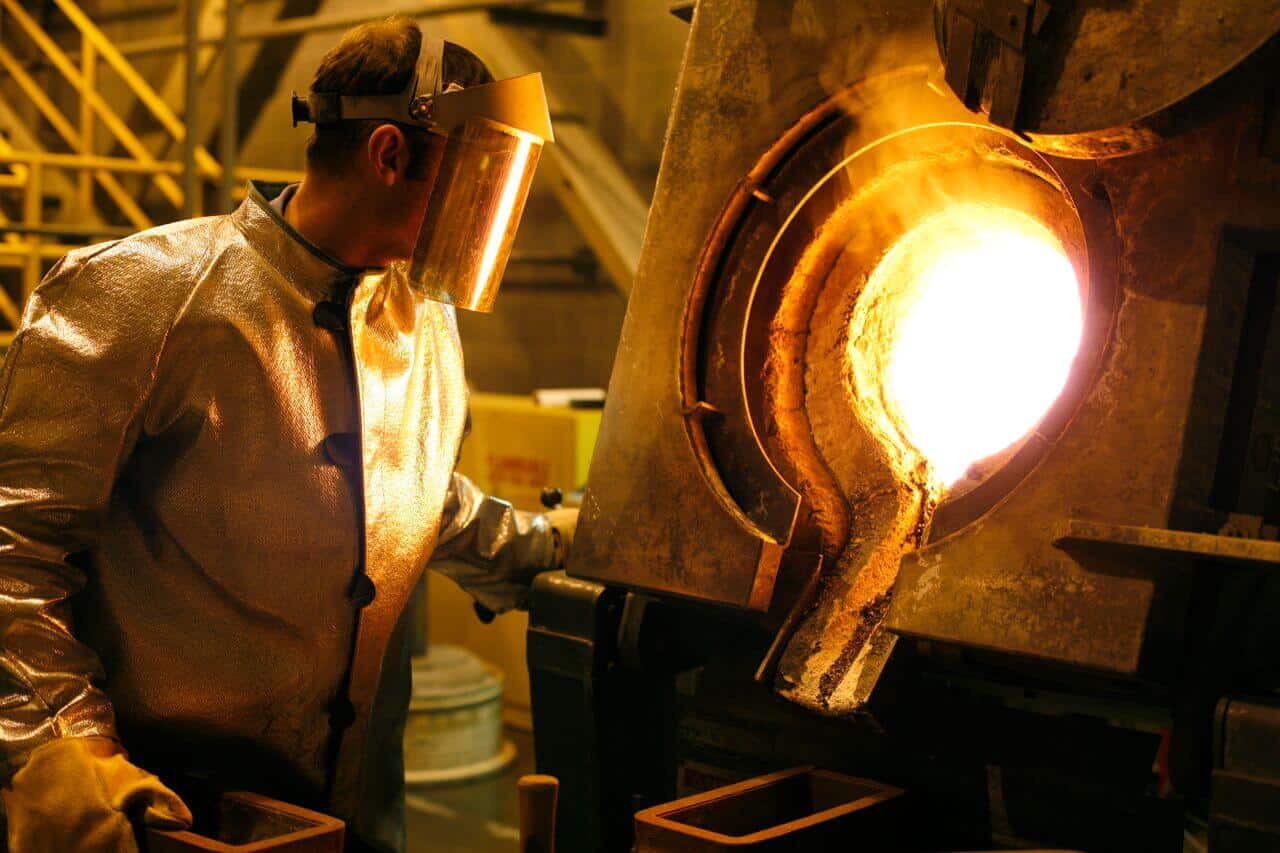 If you consider investing in Kinross Gold Corporation trades and acquisition, you should inquire about how the firm runs and how it approaches its clients with the exploration activities. We have included all of the characteristics that can help you distinguish Kinross from other gold mining firms.

Kinross has large annual exhibitions and billions of dollars worth of profit from their mines. They offer excellent growth and low-risk opportunities, and operating cash flow and enterprise value are good examples of such claims.

All the mines owned by Kinross represent a well-positioned portfolio for stock quotes and acquisition. Significant cash flow is observed for the year 2021, and dividends for the establishment are around 150 million dollars.

Kinross Gold Corp offers a diversified portfolio as the largest and purest gold mine producer, partners globally with external relations, and expected growth of 28% is likely with the 2.5 million ounces of the gold exhibited at the current price. Kinross offers several high-quality development projects to exemplify that.

As the corporation operates on several sites worldwide for stock quotes, they tend to look for local and skilled workers to ensure the best safety records and try to prevent work-related injuries depending on the size and location of the mine, which contributes to the company’s production.

The company is still operating in several gold and silver mines related activities worldwide, and some of them stand out as having the highest rate of quality and production to accept, which ensures growth options for both clients and Kinross.

Responsible mining is synonymous with Kinross, and they rank among MSCI, VIGO, Refinitiv, S & P, etc. The company is committed to reducing the growth of a 30% reduction of greenhouse gases per ounce by 2050.

Kinross recognizes that they must contribute to the environment to recompense for long-term gains in addition to mining and the company’s production. As a result, the corporation has stringent standards for ethical behavior, workforce, environment, socioeconomic value, and community.

Kinross Gold Corporation is one of the world’s major mining firms, having a slew of mines directly under its control and controlling the related activities. The firm has grown significantly over the years and will continue to do so in the future. If you’re looking for an investment opportunity, Kinross gold-backed mining equities and ETFs are an excellent choice to invest in. 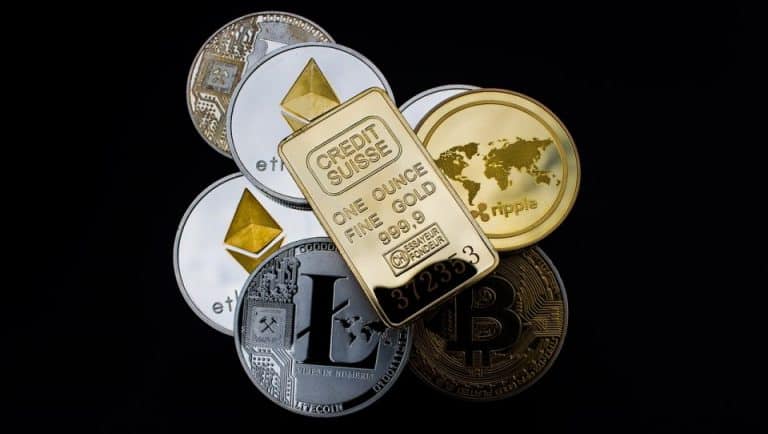 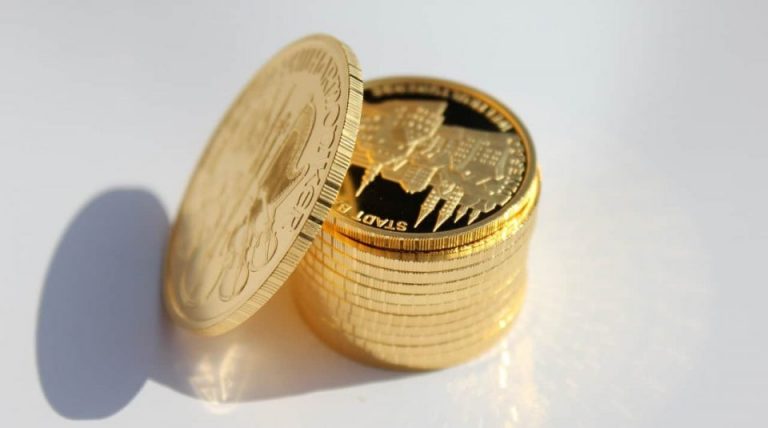 USAGOLD is one of the metal industry’s oldest precious metals traders. The corporation primarily sells gold and silver investment, collectible, and historical bullion for its clientele. They have gold and silver coins and bars that are IRA-eligible once again. USAGOLD, situated in Denver, Colorado, is a precious metals trader. You’ll discover fractional and historical American… 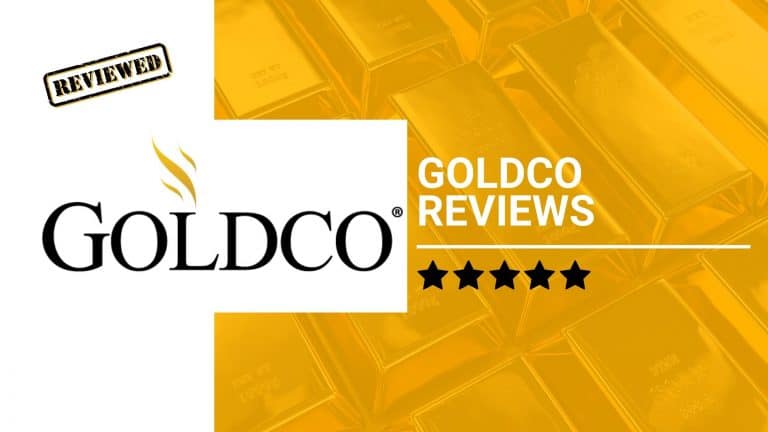 GoldCo Precious Metals Company was founded by Trevor Gerszt, who sought out to establish a company to help Americans invest in precious metals through their IRA’s.  Founded in 2006, the company boasts over 5,000 five-star reviews and won the Company of the year in 2021. People asking “Is GoldCo Reputable?” should know that they have… 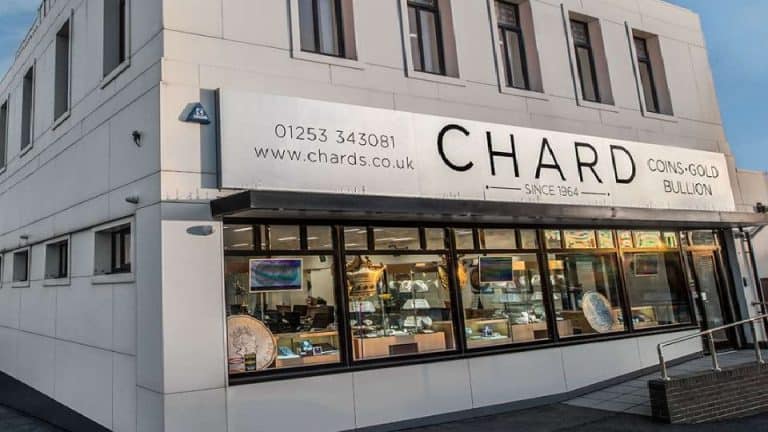 Gold and silver coins, bars, and bullion are not just for pirate movies and the olden days. Over generations, precious metals have been solid, popular investment options for people looking for long-term stability. More people are opening gold IRAs or purchasing physical gold coins through other bullion dealers and sources. It is an excellent way… 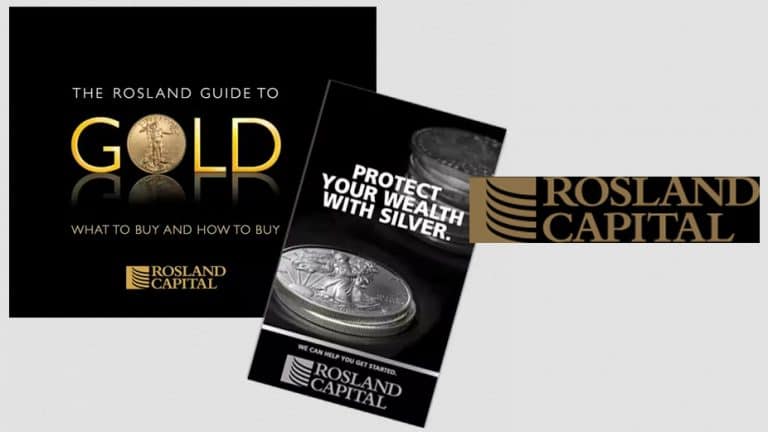 Rosland Capital has been in the precious metals business since 2008. Though their timeline is fairly young still, with their CEO Martin Aleksov on the flank, they are advancing exceptionally well in business and economic standing. To begin with, the Rosland Capital reviews are mixed on various sites as the Trustlink has given them 3.7… 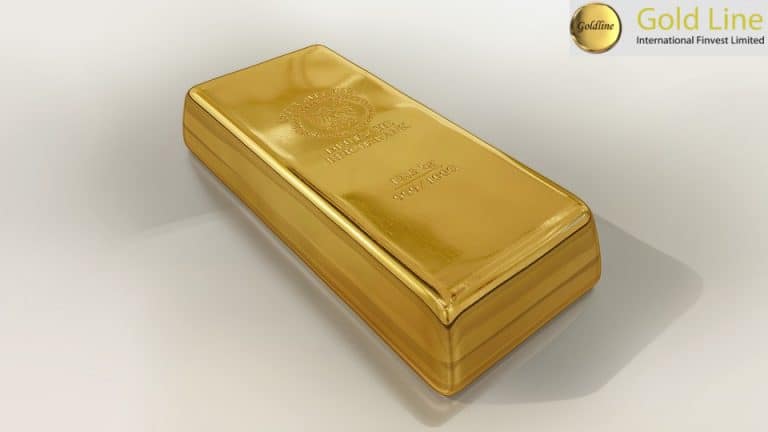 Gold Line International Finvest Ltd. was founded in 1992 and has been in business for over 30 years. The company began as a financial investment firm. Nonetheless, as it grew over the years, the organization expanded into industry verticals, including the area where they give financial advice to its consumers. The organization is still moving…